The federal government recently posted U.S. Web Design Standards online. These are the outcome of a project to develop a U.S. government set of "common UI (user interface) components and visual styles for websites. It's a resource designed to make things easier for government designers and developers, while raising the bar on what the American people can expect from their digital experiences."
They are soliciting feedback for improvements via GitHub, and there are already over 2000 comments on the standards, including comments proposing that they incorporate recommendations for archivability within the standards.
No comments:

An interesting article in SSRN titled "Lay Deployment of Professional Legal Knowledge" by three law professors looks at legal self-help materials that have been developed by the access to justice movement. From the abstract:


This Article makes two contributions. First, we develop a theory of the obstacles LMI individuals face when attempting to deploy professional legal knowledge. Second, we apply learning from fields as varied as psychology, public health, education, artificial intelligence, and marketing to develop a framework for how courts, legal aid organizations, law school clinics, and others might re-conceptualize the design and delivery of civil legal materials for unrepresented individuals. We illustrate our framework with examples of re-imagined civil legal materials.

A fellow law librarian in the UK has started an online petition to save the Inner Temple Library, located at the Inner Temple (one of the 4 Inns of Court in London). According to the petition, "the Inner Temple library, which has existed since 1440, is one of the finest law libraries in the world. It lies at the heart of the Inner Temple providing a free invaluable service to practitioners and students alike and serves a core charitable function of the Inn. Aesthetically, it is a masterpiece of library design with its double-height galleried rooms mentioned in Nikolaus Pevsner’s Buildings of England. All of this is under threat" because of a proposal to "re-develop" the space. And there is an alternative possibility that is less expensive and wouldn't ruin the library. 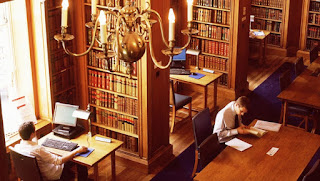 U.S. Code Online - Quick Links to the Statutes at Large

Since 1926, the United States Code has been the official codification of Federal statutory law. The United States Code contains the general and permanent laws of the United States, organized into titles based on subject matter. The printed and online versions of the United States Code are prepared by the Office of the Law Revision Counsel, an independent, nonpolitical office in the U.S. House of Representatives.
The Law Library of Congress blog, In Custodia Legis, recently had a post about enhancements that the Office of Law Revision Counsel has made to their  online US Code. For example, users can now easily jump from the US Code to pinpoint page citations in the Statutes at Large. Easy navigation tools allow users to jump to other volumes/pages. The newly expanded coverage now includes every page of the Statutes at Large, from volume 1, page 1 (Declaration of Independence) to the most recent slip laws published by GPO.

A gov docs librarian in Mobile, Alabama has created a useful, thorough guide to U.S. elections with links to relevant informational websites. The guide includes information about the 2016 Presidential election candidates, the electoral college, election history, campaign finance, voter registration, and other relevant topics.
No comments:

Many do not; the reasons are explained by Sarah Larson in an excellent essay in the New Yorker.
No comments:

Time magazine has a story describing an interview with U.S. Supreme Court Justice Elena Kagan in which she offers helpful hints on legal writing - and writing in general.


"The key, Kagan explains, is understanding that legal writing and writing for a general audience aren’t so different. If you work in a technical field — like law — don’t write like you’re addressing a technical audience. Kagan implored law schools to teach better writing skills to their students. 'There’s not some special magic to good legal writing. To be a good legal writer, honestly, is to know the law, and to be a good writer.'”