A new website called, appropriately, Lawyer/Nonprofit Connect was launched recently. The site is designed to enable nonprofit organizations to easily find interested lawyers to serve on their boards, and conversely, lawyers to easily find nonprofit boards on which to serve. According to the site, "Typically, nonprofit executives reach out to the people in their business or social networks for a board referral or recommendation. Their reach is only as far as their network. Lawyer | Nonprofit Connect broadens that network to find those lawyers interested and willing to serve on a board in their area of service. Lawyer | Nonprofit Connect also removes obstacles for busy lawyers. Nonprofits are able to search for lawyers with similar interests and with the skills most needed by the organization. Lawyers are able to search for nonprofits with open board seats that are involved in areas that excite them. Lawyer | Nonprofit Connect brings the two together and gives them the opportunity to connect with each other."
No comments:

An interesting v recently discusses how courtroom innovations in New York and elsewhereare helping self-represented litigants navigate the legal waters. One example is an initiative in New York, begun by Justice Fern Fisher, called the Court Navigator Program. It helps unrepresented litigants in New York City navigate the legal areas of consumer debt and housing; there are plans to expand the program into family court and uncontested divorces. An evaluation beginning this summer will help to quantify the success of navigators, but Fisher said the anecdotal results are “very good.” “There are more defences being raised,” she said. “Our litigants clearly have a better feel about their experience in court.”
No comments:

Federal News Radio reports that  the Office of Management and Budget (OMB) of the United States has proposed a plan to make HTTPS the standard for all .gov websites. “The majority of Federal websites use HTTP as the primary protocol to communicate over the public internet,” says the plan, which also states that HTTP “create a privacy vulnerability and expose potentially sensitive information about users of unencrypted Federal websites and services.” The plan goes on to say that "HTTPS verifies the identity of a website or Web service for a connecting client, and encrypts nearly all information sent between the website or service and the user. Protected information includes cookies, user agent details, URL paths, form submissions, and query string parameters. HTTPS is designed to prevent this information from being read or changed while in transit."
The OMB is asking for feedback and suggestions for this proposal and technical assistance materials. They add that you may email https@cio.gov to provide private comments.
No comments:

Publisher's Weekly reports that the lawyers for Georgia State University have filed a brief opposing reopening the record of the high-profile e-reserves copyright case that pitted GSU against several academic publishers (Cambridge University Press, et al. v. Patton et al.,). GSU argues that the previous trial record “was fully developed at trial and is complete,” and that reopening the record would “unduly burden" the court and defendants. PW reports that "In 2012, Judge Evans ruled against the publishers, finding infringement on just five of 99 claims. But late last year, the case was remanded by the Eleventh Circuit with instructions for Evans to re-balance her four factor fair use analysis. The publishers say new evidence is needed if Evans is to fashion an appropriate injunction following the remand. But the publishers also appear to be angling for “a second bite at the apple,” says Brandon Butler, practitioner in residence at the American University Washington College of Law, telling PW that re-opening the record would essentially mean "a whole new trial." And that matters because the publishers may have botched their first shot. Of the 99 counts of alleged infringement presented for the first trial in 2010, only 48 actually got to a fair use analysis, as many were knocked out by technicalities and record-keeping issues. And for 33 of the works in question, digital licenses were not available at the time, a fact that weighed heavily against infringement in Evans’ fair use analysis, but would almost certainly not be the case today."
No comments:

Pitt Law has announced that the law school is offering its first free online course (MOOC), called Epidemics, Pandemics, and Outbreaks, which teaches the basic facts about infectious diseases like measles and Ebola—what they are, how they’re transmitted, and what determines whether or not there will be an epidemic. This four-week class begins March 16, 2015. Course participants will learn about the laws and policies that enable us to fight infectious diseases—everything from quarantines to vaccinations to bioterrorism defense. The class is taught by Pitt Law faculty members Elena Baylis, a U.S. law and policy expert, and Elizabeth F. Bjerke, who specializes in the public health system with respect to emergency preparedness and response, along with infectious disease expert Amesh A. Adalja, senior associate at the UPMC Center For Health Security, and Ryan Morhard, currently with the U.S. Department of Health and Human Services.
No comments:

Thanks and a hat tip to Sallie Smith.
No comments:

The big news this week has been, of course, the great internet furor over whether a certain dress is blue and black or white and gold.  If you have any science geek leanings you will certainly enjoy Wired magazine's explanation of WHY people can see the same dress so differently; the article is titled "The Science of Why No One Agrees on the Color of This Dress". 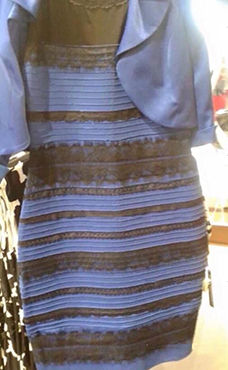 ps  It's blue and black.  But it created such a sensation that the manufacturer is going to make a white and gold version, and is auctioning it off on eBay (custom tailored to the winner) with proceeds going to charity.
No comments:

Thomson Reuters has announced that it is in the process of revamping their ProView ebook platform "in anticipation of further platform enancements that will launch later this year". Something to look forward to!
No comments:

The Allegheny County Bar Association has put the biweekly Pittsburgh Legal Journal onto a members-only accessible site (including the past years, search box, and indexes). Even if you have a subscription, you cannot access it - you must be a member of the ACBA and log in.
Thanks to Dr.  Joel Fishman at the Duquesne law school for the heads up.
No comments: